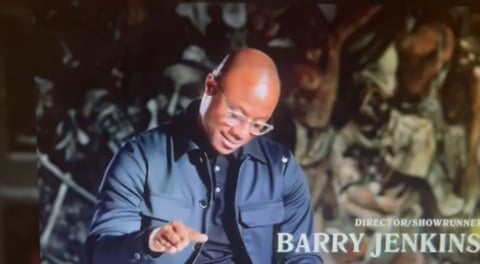 From NC to LA Golden Globe Winner & 7 Time Emmy Nominated Grace aka Fanny Briggs of Barry Jenkins "Underground Railroad" ...Mychal-Bella Rayne has proven to be an international game-changer. With titles of thespian, supermodel, philanthropist, personality, empowerment host & the like. Her resume speaks for itself...including but not limited to paramount brands such as Oscar winning Barry Jenkins & Brad Pitts "Underground Railroad" as the lead "Grace." Most recent booking Amazon's "Dead Ringers," & past primetime Tyler Perry 'Have and Have Nots' as the president's daughter "Celia", along with HBO 'Togetherness.'

Philanthropy is dear to her heart...seen on FORBES Hollywood Youngest Philanthropist & her latest humanity feat as the speaker of ESPN EPSYS 50th Anniversary Title IV for Gender Equality. A very powerful stance for women internationally. She continues to collaborate with non for profits to further their missions whether is mental health, anti-bullying, autism, animal cruelty, homeless... pretty much anything regarding educating, advocating, & empowering humanity. In addition, Mychal-Bella's zeal for philanthropy has also landed her hosting and runway opportunities that raise awareness by partnering with paramount brands such as Nike & The NFL. She hopes to influence others to take a stand.

She shares her visual story board to empower others to seek their hearts desire but also master your craft so that when opportunity knocks you can walk through the door knowing you represented your brand & made an impact.

Overall, Mychal-Bella is a GodFearing Grounded Kid that is Destine for Greatness in all regards & extends that to all that are willing to experience the journey with her as a "World Changer"...introducing Mychal-B

Mychal is also know for her appearances in Amazon's "Dead Ringers"  & Tyler Perry’s Hollywood Reporter’s top charting “Have and Have Not’s” as Celia the president’s daughter & HBO’s “Togetherness.”

The 12 year old game changer is not only a powerhouse theatrical talent but a supermodel known for her commercials success with associated paramount brands such as Disney, Nissan, Honda, Target, Walmart, H&M, LensCrafters, Mattel Barbie, Champion, American Girl, & Vans to name a few.

Whether it’s big screen or campaigns... Mychal-Bella Rayne is definitely one to watch.

Interactive "Day In The Life" whether it's TikTok/YouTube or any other forum ...connect with Me via My Social Media  & website for "Up To Date" visuals of  My Life!  Hoping to INSPIRE, make You LAUGH, & EMPOWER You to be whatever it is You wanna be! XXO

Since the tender age of 3, Mychal~Bella Rayne has been at large in the community as an avid "Giver." Whether its advocating for a cause to bring about awareness, hosting, or partnering to feed the homeless... Mychal lives to give! Check out Mychal's latest collab with Nike/Hibbett Sports Inspiring & Empowering Girlpower Globally!


The Support Her Sole program celebrates young women taking the world by storm. Collaborators like Mychal have the opportunity to share how they support other women, break down boundaries, and the role fashion plays in a woman’s confidence.

"We will arrive together..."

Coolest shoes on the block!.

Who else love a baggie & this kind of FUN FUN!

What's better than painting your fingersnails on camera!

#FUNFACT ....this commercial depicts my "day in the life" SELFMADE

Who else had a lemonade stand!

#FUNFACT ....this commercial made HERstory I was featured in Gender Neutral Breaking Stereotypes

What's something exciting your business offers? Say it here.

Nike x Hibbett's Support Her Sole campaign continues with the addition of Amazon's "Underground Rail Road" actress, Mychal Bella, to the SHS community! The Support Her Sole program celebrates young women taking the world by storm. Collaborators like Mychal have the opportunity to share how they support other women, break down boundaries, and the role fashion plays in a woman’s confidence